This august will witness an unique interdisciplinary event, when the 3rd world tour concert of a global icon and musician Lady Gaga will take place at the same time with the exhibition "Gaga Dance" of reknown Sotheby's-sold Latvian painter Ritums Ivanovs. Riga Gallery and Ritums Ivanovs team proudly present the paintings from the series AMY.KATE.GAGA of 2011 and a new catalogue with intro texts by art critic Inga Steimane and gallerista Inese Riņķe.

In his latest exhibition "Gaga Dance", one of the most popular Latvian painters of the new generation, Ritums Ivanovs, pays homage to Lady Gaga, analyzing the phenomenon of the singer's most famous video clips (Alexandro, Bad Romance, etc.) in his large scale portraits painted as interpretation of Gaga's videos.
To the question, "Why Lady Gaga exactly?", Ivanovs answers: "I have always been interested in bright visual images and this is exactly what I found from the creative work of Lady Gaga. Using the singer's strong visual image, her concert setups and video clips grasp the essence of contemporary culture, age of technocracy, also strong erotic momentum and even certain drama. On the other hand, Lady Gaga herself is attractive in her mysteriousness and this is how I have depicted her on my painting "Lady with Veil", which for me actually associates more with the portraits of Johannes Vermeer (1632–1675). Images distributed by Lady Gaga serve as emotional barometer of our age, they successfully keep on working expressively when taken off the context of entertainment".
Through his portraits, the artist reveals the characters and moods of the icons of their audience. He is interested in emotions, different emotional stages. The author is inspired by this mysterious power — the spirit of the era that from amongst millions highlights an unique personality, which for one, also acts as a symbol.
Everyone is interested in personalities that serve as global icons — newspapers write about them, films and TV programs are made about them. Their every step is followed by a crowd of reporters, their every gesture and movement interest the audience. Every day the yellow press writes about the icons and they are also a research object for the respected news magazine TIME, who chose to have Lady Gaga next to Bill Clinton among the 100 most influential persons of the world.
This is not the first time that Ritums Ivanovs is addressing the portrayal of international icons. His successful portraits of Kate Moss (Trade Mark Beauty) are worth remembering, they were incorporated in a documentary KATE! CREATING AN ICON and shown in ARTE 2011. Success also followed his portraits of renown tennis players Roger Federer, Rafael Nadal, Novak Djokovic — the portraits were rated high by the portrayed stars themselves while displayed during the ATP World Tour in Doha, Qatar 2011.
In his paintings, Ritums Ivanovs depicts reality accurately, as characteristic to hyperrealism, and also uses Op Art methods, working in his self-invented linear technique. When working on the idea of a painting, the artist uses photo images as basis — material found from internet, films, video clips, but when painting, he uses traditional painting methods — a brush, a canvas, oil and acrylic.
In 2009, the works of Ritums Ivanovs and Līga Purmale were sold during Sotheby’s auction in London.
Ritums Ivanovs was born in 1968 in Cēsīs,Latvija.  1996 Master of Arts, Latvian Art Academy  1994-1995 Humboldt State University, CA, USA
Works in main public collections:  Latvian National Museum of Art, Riga, Latvia State Tretyakov Gallery, Moscow, Russia Estonian National Museum of Art, Tallinn, Estonia The Parliament of the Republic of Latvia, Riga, Latvia Private Museum, Münster, Germany
Exhibition opening August 23 at 17:00, exhibition open until September 22, 2012
More info: Riga Gallery website 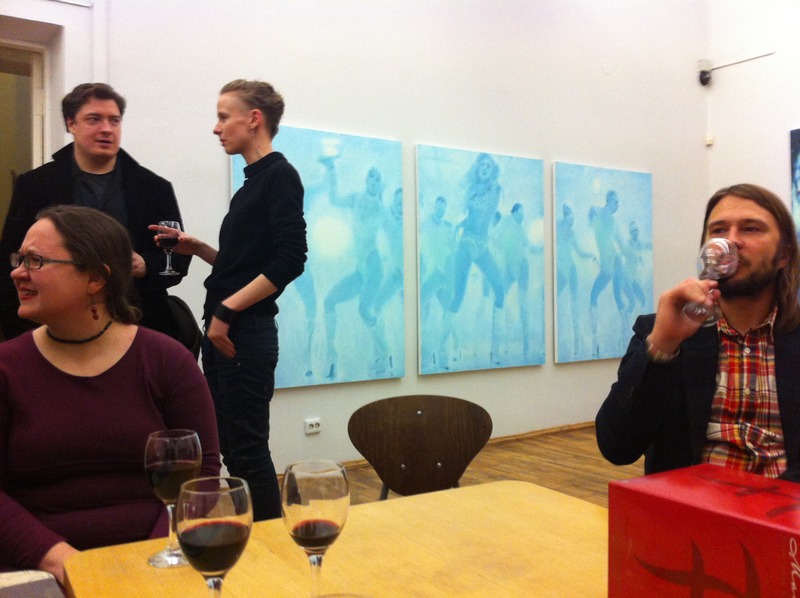 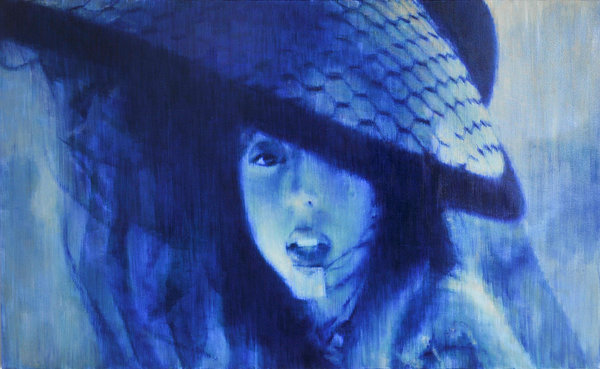 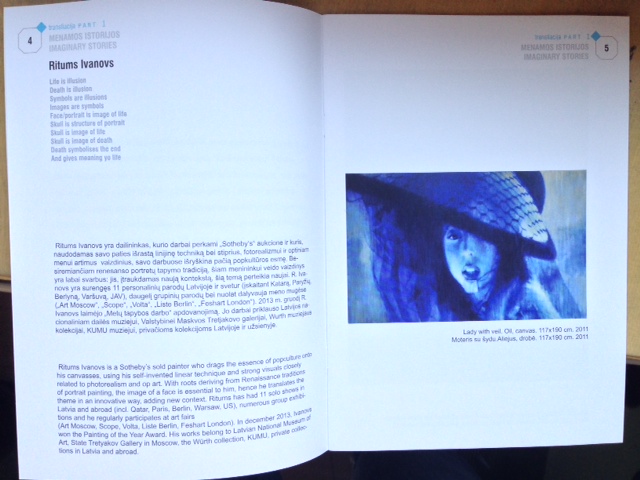 Previous
Director of ArtPromotion02 gallery on creating a Brand
Next
Photos: Lady Gaga paintings in Gallery